Vanessa Montgomery and Tony Howard chat about all things Cancer, PLUS the new and full Moon, the major planetary alignments, The Declination Report, Mercury turning direct-Hoorah! + opportune moments to plan by.

Southern Hem, the only way is up from here as the Sun moving into the zero degree of Cancer, on the cardinal cross, marks the shortest day of the year. From here it’s incrementally longer days. Who is your ‘classic Cancer’ that fits the archetype like a glove?
I have so many for every sign!!

Pictured, is Cancerian Mexican artist and activist Frida Kahlo, lover, fighter, queer hearted – ahead of her time in so many ways. The emotional connection she made through sharing her inner life on canvas has secured her place in herstory as one of the most famous and popular artists of all time.

FYI, Pluto was transiting Kahlos Sun when she was involved in the accident that caused her severe physical and health issues throughout her life. It triggered the natal Uranus Mars Opposition in her chart resulting in a sudden and unexpected accident (Uranus) when an electric (also Uranus) trolley car collided with the bus she was on.  Mars, reps sharp metal that cuts or pierces like a sword or knife, which was the case if you know her story. Her story is so inspiring because she alchemized her pain into beautiful art and continued to live and fight for her ideals.  Many people died in that original trolly car accident (Pluto) and it would cause close encounters with the Plutonic; death, loss as well as the personal power and personality she built because of it.

Here’s to a month of feeling the feels, expressing them creatively, and letting them flow and go.

In a pre-lude to Leo season, Venus and Mars hook up in the sign of the heart-led and dramatic Lion, creating a warm vibe. Cancer smooths Leo’s edges and Leo brightens up Cancer. All in all, a gorgeous one. The full moon has a flow of positive aspects, so plan for that!

Just watch that Cancer new moon moment, it comes with a warning thanks to a gnarly square to Chiron. A positive take is that it may catalyze the feeling for the healing to occur.

That Moon Chiron feeling is visceral if you have that natal setup and a past to match. If you don’t it won’t blip on your radar or may express as a positive mentoring moment.

I kept mentioning the camp classic film, Mommy Dearest for this one. As I looked at the chart, that’s what came up from my subconscious/intuitively. It’s a biographical film based about Christina Crawfords difficult early life with her mother, famed Hollywood actress Joan Crawford.

Intuitively I had found a story that illustrated a Chiron square Moon energy, as Christina has this placement in her natal chart. Similar to the square of this month’s new moon except Christinas Aries moon is Square Chiron in Cancer, while this month the New Moon is in Cancer, square to Chiron which is now in Aries. So straight up you’ve got to ask about the nurturing this person received and identify who took the role of that Chiron square moon signature. In this case, it’s her mother.

I looked at both Joan Crawford and her daughter Christina Crawford’s charts, out of curiosity.

On contemplation, I couldn’t help but feel sad for people that hold this signature and experienced the textbook expression as they grew up, as they often don’t have their stories and experience acknowledged.

So I’m doing that now, and I remind you that when these transits trigger off a natal chart signature involving Chiron and personal planets, esp in squares and T-square configurations, particularly if Pluto, Mars, Saturn are involved, it can hurt, again. Of course, it’s an opportunity to deal with what’s come up. To leave a situation, or be grateful for the dissolution of one that didn’t serve you.

To move forward, often difficult feelings have to be acknowledged as the first step. To just say the worst of it out loud, journal, until the tears flow, and embrace yourself anyway. eg ‘Even though…..happened, or I feel….about…..I love, honor, and accept myself.’ Repeat it until the charge dissipates. Search ‘EFT’ the tapping technique (often the words are enough if they’re connected to the feeling in your body) for more or schedule with me and we’ll go through it together.

Mothers that don’t fit society’s model. Or more specifically daughters whose experience may be erased because it didn’t fit the usual narrative. As astrologers, we know better because we have access to astrology, birth charts, and in this case, Christinas experience of her life. In post #metoo world, I for one believe her.

Following up on this thread, and on thinking of women I’ve known, or clients who have had an abusive mother, I checked their natal charts, as I had the feeling I’d find Moon/Chiron signatures at the very least. Indeed they had gnarly configurations involving  Moon, Chiron as well as a few other challenging placements to further complicate the issue. When this setup is triggered by a transit or in synastry (plus a transit as if often the case), guess what comes up-the old wound.

note*as you know, women have been typecast into the Moon as Mother/nurturer, reflector of others light, and Venus in a girlfriend/harmonizing/support role (an androcentric perspective and not truth, especially if you’re female or not taking on a binary gender role) . The fact is women are human and all humans have charts, transits, and experiences. So women are not always great mothers, and they don’t by nature have to be more nurturing than fathers, because fathers have a moon too. And it’s not up to a woman to express a male’s moon for him. Read the chart as non-binary in roles or realize roles are contextual in this particular culture and you may be blinded to expressions not fitting the dominant narrative.

Emotions are contagious, live in the light, stay cosmic and hug your inner beastie x Vanessa. Life is for the living, enjoy it. 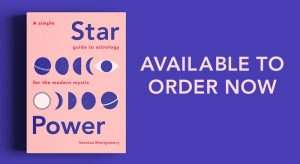