Our special guest is Alexander Boxer, ‘a data scientist with a Ph.D. in Physics and degrees in the history of science and classics + proficiency in Latin. In a perfect storm, or in this case, his first book, these resources came together to create A Scheme of Heaven: Astrology and the Birth of Science. I found Alexander’s 2019 book in our library system here in Australia. The freshness of his cross-disciplinary approach to the history of Astrology as a driving force of science and early technology intrigued me. Boxer read texts in their original Latin for his research, so nothing was lost in translation. Astrology, astronomy, and mathematics were originally the same bag (and the same person) with various applications.

‘Astrology was the ancient world’s most ambitious attempt to fathom the heavens, an epic data-analysis enterprise sustained by some of history’s most brilliant minds. Humans are pattern-matching creatures, and astrology is our grandest pattern-matching game.’

Find out how studying the stars and what they may mean for us here on Earth has informed our language and driven technology.

Find Alexander Boxer and try out the digital astrolabe at AlexanderBoxer.com

Pick up the knowledge you need to read the stars

with my new book Astro Power, a simple guide to prediction and destiny for the modern mystic. 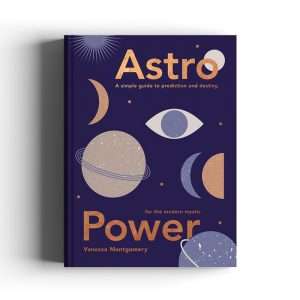