🌑 Eclipses come as a twin-set;

Lunar and solar. We just had a Full moon eclipse at 8 Gemini. In two weeks we’ll experience a solar eclipse at the New moon in Saggitarius at 23 degrees.

Check out the Cosmic Eye Monthly forecast for dates and an overall look at this month. 🐉

🐲“In ancient times there was a widespread superstition that the solar & lunar eclipses were caused by dragons or serpents swallowing the bodies of the Sun & Moon. This superstition has survived in some interesting imagery in Western, Eastern & Arabic astrology…The Mysteries of Isis were intimately bound up with the lunar mythology, & with the power of the serpent. This may have influenced some of the imagery & eclipse lore. [Ancient Egypt] Isis the Goddess of lunar light, & her shadow-sister the dark Nephthys, were represented in the hieroglyphics as ‘the two Snake-Goddesses” (a set of four snakes).  — David Ovason from The book of the Eclipse. 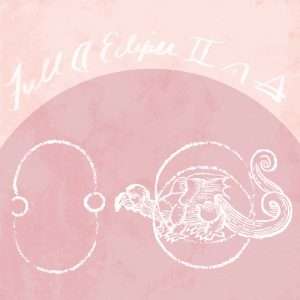 Of course, the snake was considered a divine representation for the supreme deity, which was considered female/woman for far longer than male (let’s ditch the gender binary in our anthropomorphic projections as well as astrology)  – perhaps the nodes and especially eclipses are cosmic hacks/a direct hyperlink to the spiritual/inner realms. Like a wormhole through mundane time and space.

Over the next two weeks, we’re in the wormhole/eclipse vortex between the twin-set lunar and solar eclipses. An excellent chance to balance the areas of your life represented by Sag and Gemini, as well as the houses/area of life they occur in your birth chart.

Remember the N.N is in Gemini: Just the facts ma’am. Lean into ideas around airy communication, a sense of curiosity and objectivity as well as holding paradoxical, complex or multiple perspectives at once.

How are you working with this energy? Rituals are a great way to ground ideas and focus energy. In this case, air rituals are key. Writing, any form of burning and smoke (incense) to cover the Fire/Air axis of Sagittarius/Gemini is perfect. The full moon is always exactly opposite the sun remember. Taking action, actioning your ideas, acting on your ideas, walking your talk, or preferably strutting them is essential. Sag/Gem is an axis of movement, agility, and adaptation. Let your ideas breathe. Talk through the full moon concepts with a friend, online, get a tweet thread going. graphic design the heck out of this one if you’re creative since Gem rules the discipline.

Look for where 8 ◦ Gemini falls in your chart and that’s where this lunation has triggered. Which house? Any aspects by conjunction, opposition, trine, sextile, or square? I find eclipse energy like a re-set, like when you restart your computer because the screen froze. But the cosmos does it for you if you’ve been ignoring moving toward your destiny or hanging about in your comfort zone even though it’s not comfortable anymore!

For the solar eclipse, where is 23 ◦ in your chart? The solar/ego/identity principle is reset. What do you need to do to amplify your shine, anything you need to expand and incorporate into your idea of self?  What externals in this area of life need eclipsing/expanding-what have you grown out of?! (the house this new moon falls in.)

Listen in on my chat with Ophi from the Astro Twins on the Astro All-Starz Podcast as we talk all things Sag, Gemini NN/Sagittarius SN + some nodal predictions and more! A fun, engaging conversation + you’ll learn a lot from the inside lane. Thanks again to Ophira for sharing your insights! Tag your Fav Sag/Gem, they may need to hear this one! 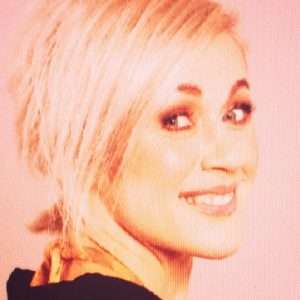 My books are open

book in today for your reading

or gift a friend.